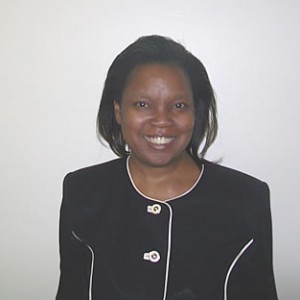 Ms. Catherine B. Mogaka is the new Head of Chancery/ Deputy High commissioner and joined the Mission in September 2011. She graduated from the Sophia University in Tokyo (BA, Sociology), Japan in 1985 and later obtained an MA from St. John’s University in New York in International Relations with a Minor in Public Administration in 2006. Mrs. Mogaka an alumni of the National Defence College of Kenya (NDC-K) also has an MA in International Security Studies and Post Graduate Diploma from the University of Nairobi in International Relations, as well as a Post Graduate Diploma in Internal Law and Diplomacy from St. John’s University, New York. Her career began at the Ministry of Home Affairs where she served as a Children’s Officer, at the Provincial Children’s Office Nairobi, for one year.

She later transferred to the Ministry of Foreign Affairs in 1986 where she has served with distinction at the Asia and Australasia Division, IOC Division and Europe and Commonwealth Division. She has also served as the Ag. Head of the Minister’s Office, the Deputy Permanent Representative at the Kenya Mission to the UN, HABITAT, Head of Protocol Ceremonial, and Head of Horn of Africa Division. Mrs. Mogaka has served at the Kenya Mission to the United Nations in Geneva (1993-1998), the Kenya Missions to the United Nations in New York (2002-2006), as well as First Counsellor and Head of Chancery at the Kenya High Commission in Kigali, Rwanda for six months before transferring to the Kenya High Commission in Lusaka following her promotion to Minister Counsellor as Minister Counsellor and Head of Chancery.

Mr. Kinoti holds a Bachelor of Arts Degree in Economicsfrom the University of Nairobi. He is married to Mary Mukiri,a medic and the couple is blessed with three children; adaughter and two sons.

She holds a Bachelor of Education (Arts) Degree inEconomics and Mathematics from Moi University, Kenyaand a Masters in International Studies; M.I.S (Concentration:Development Cooperation) from Ewha Womans University,Republic of Korea. She is also an Alumnae of the ForeignService Institute in Kenya. Ms. Mruche is married to Mr.Edward Mwabili Mwang’ombe

Open Google Maps Widget settings to configure the Google Maps API key. The map can't work without it. This is a Google's rule that all sites must follow.